This game was made with RPGMaker MV for SpooktoberVNJam 2022

Have you ever wished to be somebody else?

Mei is ready to make a new start, hoping to return to in-person classes in the aftermath of a leave of absence. Together with her cousin and best friend, Chrissy, Mei prepares to navigate the turbulent waters of high school. However, her apprehension turns to uncertainty as she contends with social anxiety, chronic health issues, and a growing distance with Chrissy.

The only thing that gives her respite is an odd video game centered around a girl named Kimi, determined to achieve the “ideal” teenager experience- becoming prom queen. Will Mei find the high-school life she hopes for within the game, or does something darker lurk within?
When freedom, family, and fear find themselves clashing, How far would you go to achieve your dreams?

Family drama, self-discovery, and subversive RPGmaker horror come together to create a heartfelt coming-of-age visual novel that will leave you just as scared as hopeful… depending on the choices you make, of course!

Special thanks to Akzeriuth for the Mac version!

obs: There's no manual saving, though you can save by the start of each chapter

*Although the game is available to play on browser we still suggest downloading it for a smoother run.

*Version 2 has fixed the bug where Kimi couldn't walk on the third floor. 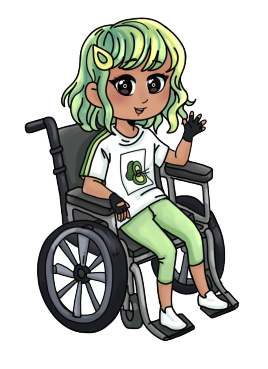 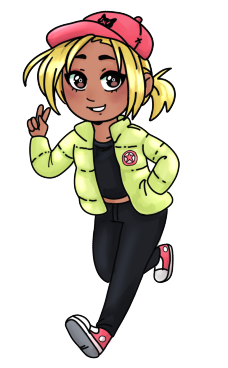 AMAZING GAME!! Love the characters and everything about the story and how it develops, LOVE THE PIXEL GAME PARTS, so sad I couldn't see much of edgy and karate boys 😔HAHAHA
AND I LOVE THE LITTE ANIMATIONS GOING ON, the arts in general are a master piece as always 💖

Thank you so much! Glad to hear you had fun 😊

Nice and cute game! I kinda felt the same as Mei bc of consequences of moving out and shat he trying to look for some distractions like that date sim. So I really enjoyed! Keep doing what you do the best.

Thanks for your kind words! 💙

I liked this game, the characters felt grounded and relatable. Mei and Chrissy relationship was a joy to watch as they both go through the struggles of life together. Their parents were also well-written the parents are usually forgotten in most stories but I appreciate you took the time to flesh them out too.

OK so... the game within a game is bugged at the part where you go to the third floor up the stairs. Yes, I'm playing the browser version and I'm downloading the PC version next. LOL honestly, when it froze up I thought it was part of the game and it would jump scare me at any second. But after several clickings I think I can safely say it's the code, not the plot XD

Btw, I love the sprite art. It has the quality of a finished product with that shading and color choices. I do feel it's a shame the banner in the page doesn't reflect the game art. I was ready to find something much more sketchy and not polished. So, my two cents: I would change the banner to be more representative of the game art, which looks great.

The plot seems interesting. I'm intrigued with the glitching, and of course Chrissy's plot. Though I think I have a general idea where this is going. Not sure if I'm hitting the end of the game, though, so it might be a matter of reasonable assumption. Also, pretty neat the choice of main character and disposition. It's always nice to play something that makes one delve into a new perspective. I'm looking forwards playing the whole thing (which I hope I'll be able to do once I download this XD) Kudos for the good job~

Can you describe what the bug is like? Just so we can find a way to fix it for future players!

Also let us know if you encounter the same bug in the windows version, though we're glad to hear that you're enjoying the game so far!

Yeah, I came to tell you that the window version has the same problem. It's when I/Kimmi goes upstairs to the third floor (supposedly to get a "surprise"). I reach the third floor but it freezes there. I keep pressing buttons but nothing happens.

Is it inside the music room and do you get to go upstairs? Also did you manage to get one of the boys to go with you?

Just asking for more details so we can look out for this bug in our testings too!

No boy accepted, I did technically get to reach the new map (but it was exactly then that it froze, ergo: ) I never got to see the music room

Hm, that's odd. We'll keep investigating and see if we can find what caused the bug, thanks for helping us. It's just unfortunate that you won't be able to finish the game because of it :(

I'll let you know if we find it!

*We found it! We'll be updating the game in a bit, so you can try again if you'd like. Thanks again for helping us fix this bug ^^

Mei's character punched me in the gut, she's basically me but green-haired... other than that, awesome game! Keep up the great work!

What a coincidence then! Glad to hear you had fun 😁

This game reminds me a lot of a game I played a while back. The main character getting immersed in a game themselves to escape/cope with their reality. It's really nice so far. 10/10

thank you so much for making a gameplay of our game! We're glad to know that you enjoyed it so far

You're welcome, keep up the great work. :)

This was really neat :3 The character designs are adorable, especially Mei's (but I love all of them!) The blinking eyes are a nice touch. I'm always jealous of anything like that in VNs cos I wish I could do it myself, haha.

I'm a big fan of the game in a game concept, so that was awesome! But what surprised me even more was how much Mei's experience in school hit me. The sorta stuff she was going through really resonated with me on a deep level that I wasn't expecting when I started playing! (In a good way :3)

Thanks so much for the guide by the way. That'll make it easier to get the other ending, much appreciated, and awesome job all round <3

Thanks for your kind words!

I really liked the art for this one, especially Chrissy's design! She's really cute o:
I love the soft shading style too, and the blinking eyes. The sprites are so lively!
It's impressive that there are so many backgrounds, too, and the little point and click minigames scattered throughout helped make it feel more immersive.

The game-within-a-game aspect was also very cool: I'm in awe at all the unique pixel art! That must have taken ages to do!
Also, emo boy is definitely the cutest >w<

The story itself was fun, though I did experience a few glitches while playing. The textbox completely disappeared at a few random points in the story (not sure what could have triggered it - maybe it was a result of me clicking through the text too fast?), there was a section where Mei started saying 'I don't want to have a shower' (or words to that effect) multiple times near the beginning, at random intervals, and I had a couple of instances where the game become completely unresponsive, and I had to shut it down and boot it up again. These errors didn't stop me from playing through to one of the endings, and it was very well-polished other than that, though.

Thank you for makign this game: I had a lot of fun with it!

Hi, thanks for your comment! In what platform did you play it? Just to make sure we can check all these bugs and improve the experience for future players

I played it on windows, if that helps!

Did you download the game then? That's odd we didn't get bugs like that before. But thanks for letting us know, We'll be looking into it ^^

Yes, I downloaded it: I didn't play the browser version.

We found the bug, it's indeed when you click through the text too fast! Thanks for the help, we'll be fixing that in all versions soon :D

I enjoyed it a lot!

We're glad to hear that, thanks for playing our game!

The artworks are absolutely amazing!!! 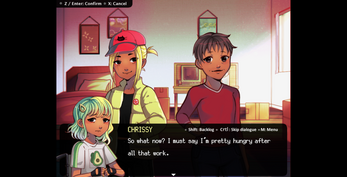 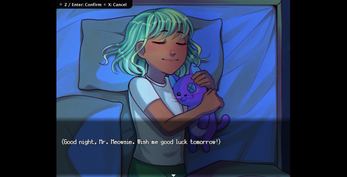 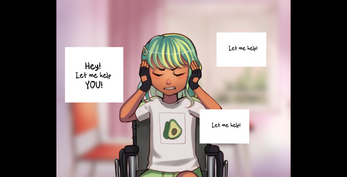 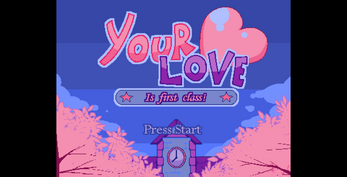